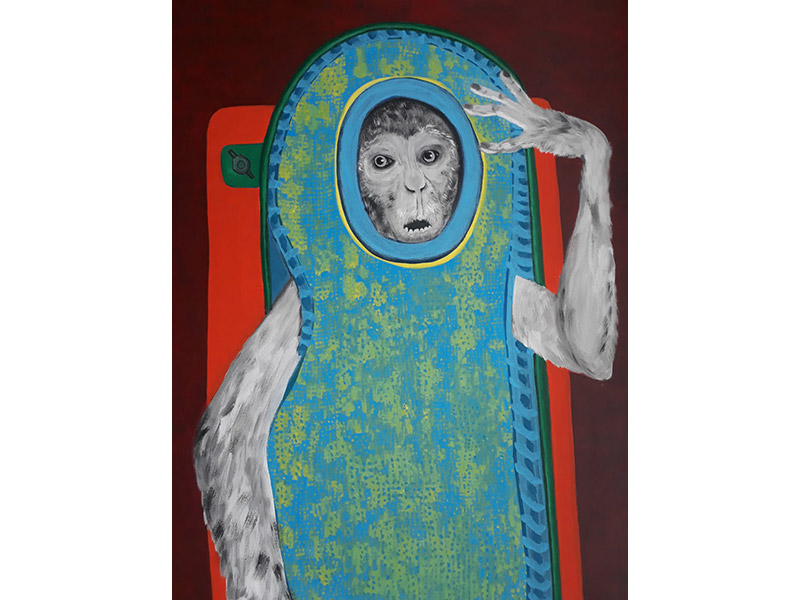 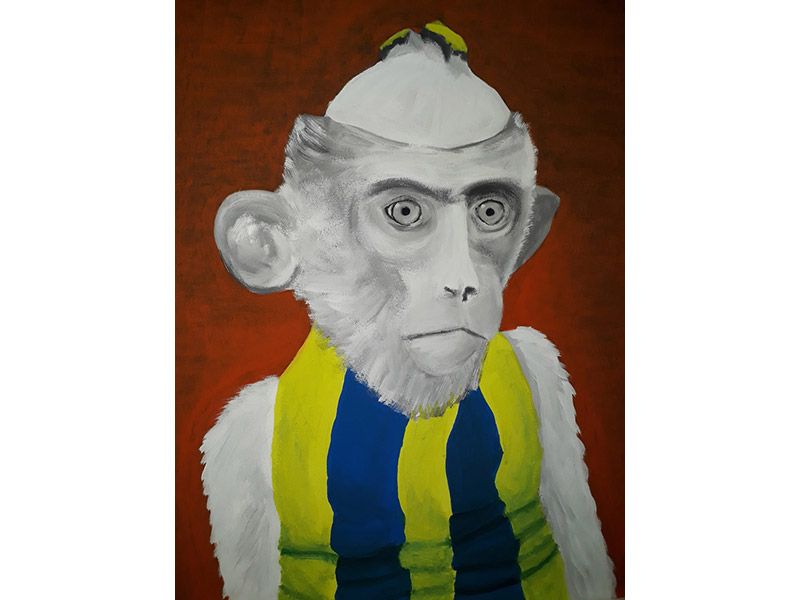 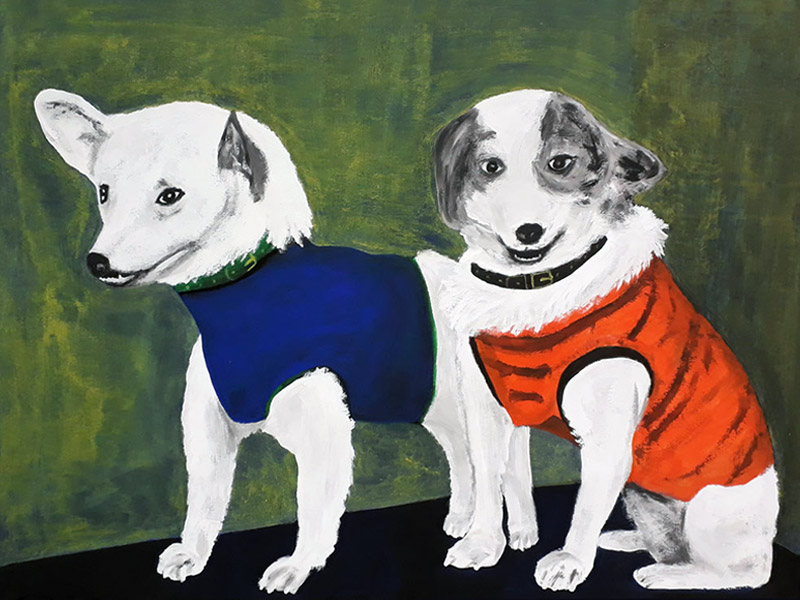 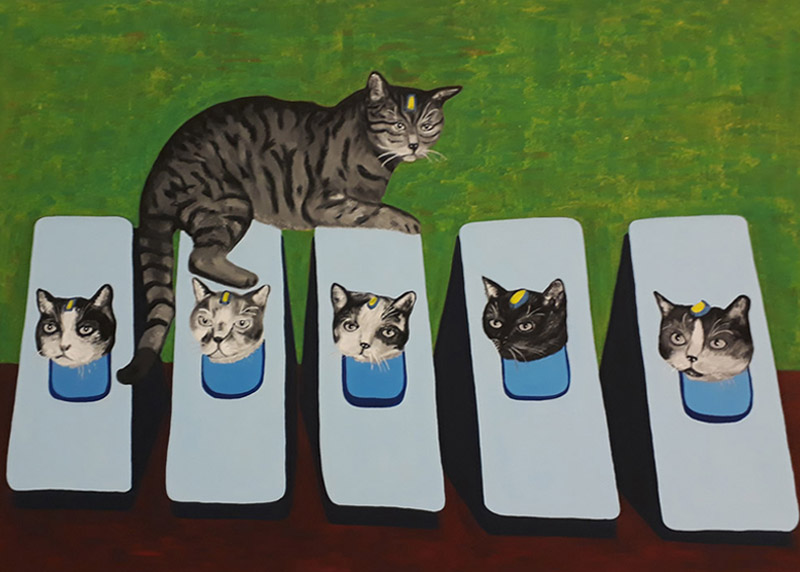 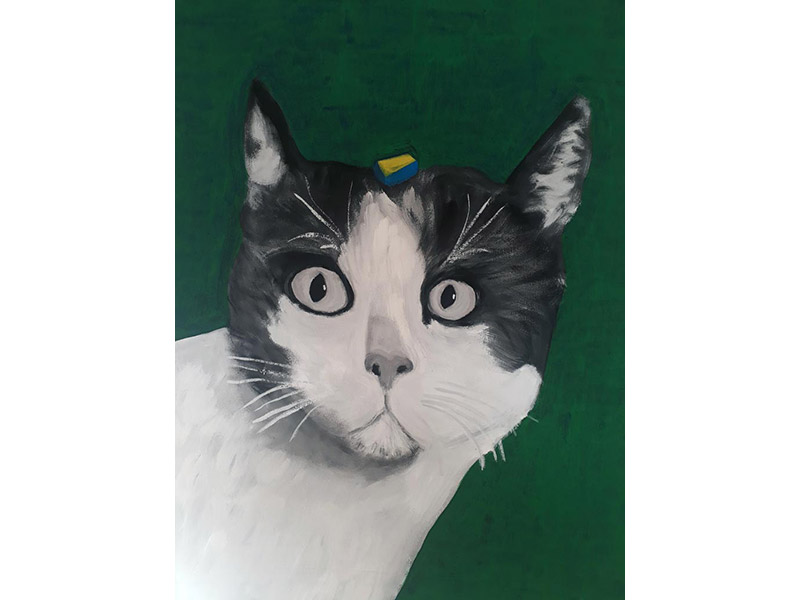 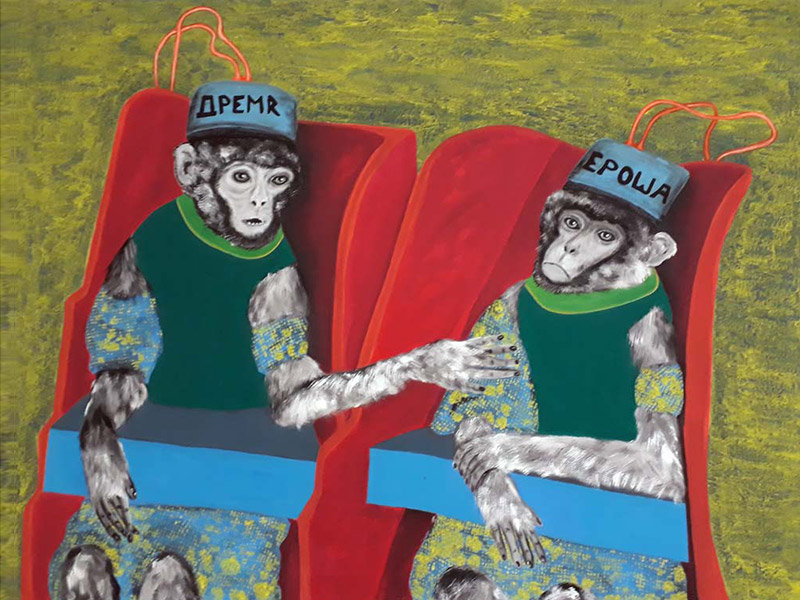 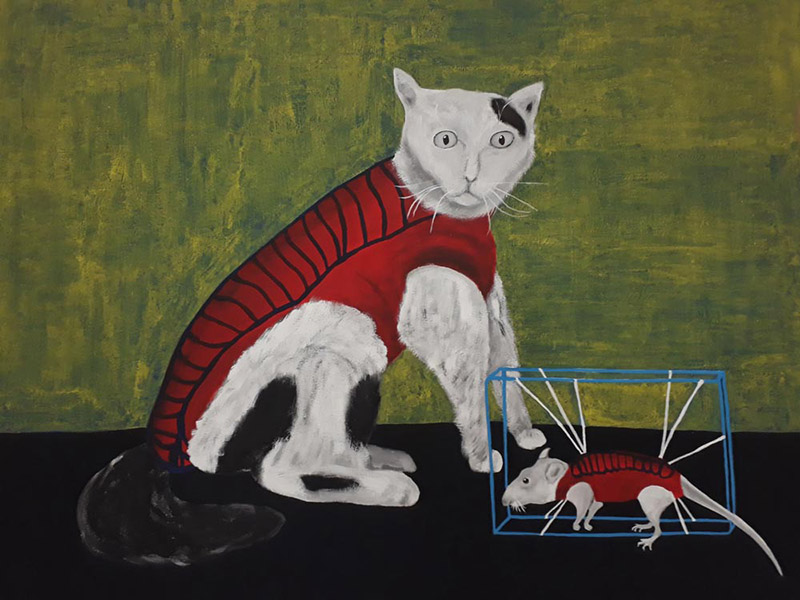 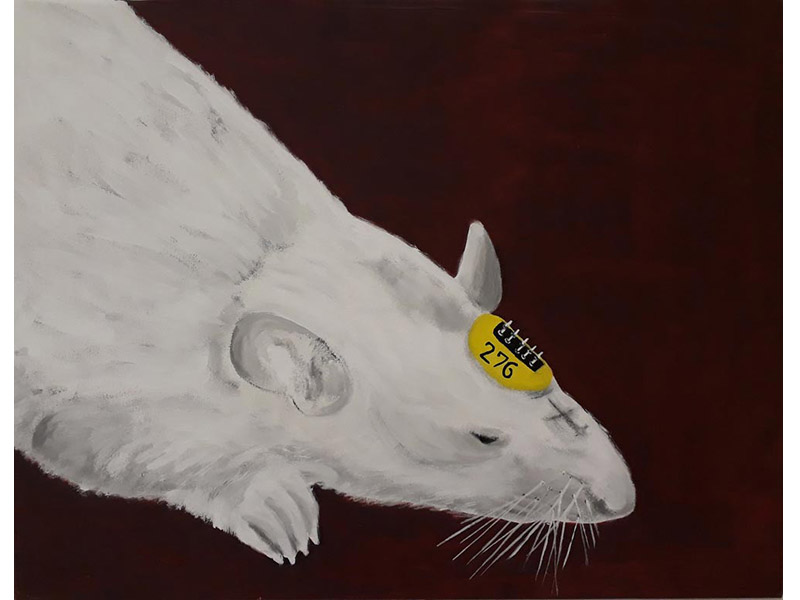 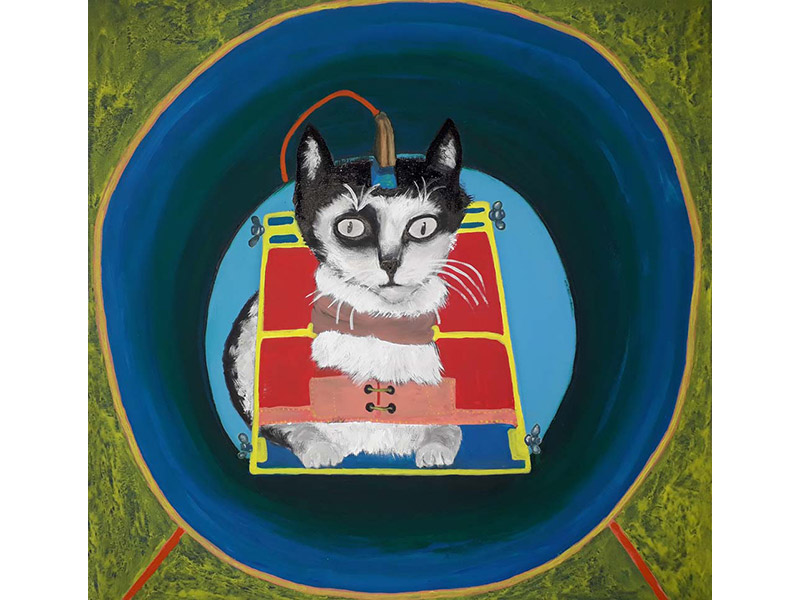 Félicette - was the first cat in space. In the 1960s animals went through the same intensive training as human astronauts. Ultimately, Félicette was chosen for the mission over 13 other cats in training partially due to her calm disposition. The mission was a sub-orbital flight. Félicette was recovered safely after the capsule parachuted to Earth; she was euthanized three months later so that scientists could examine her brain.

She and many other non-human served involuntarily in space to test the survivability of spaceflight, before human spaceflights were attempted. This serie of paintings is ment to memorate these animal astronauts.